Slovenia has important messages for the future of leadership 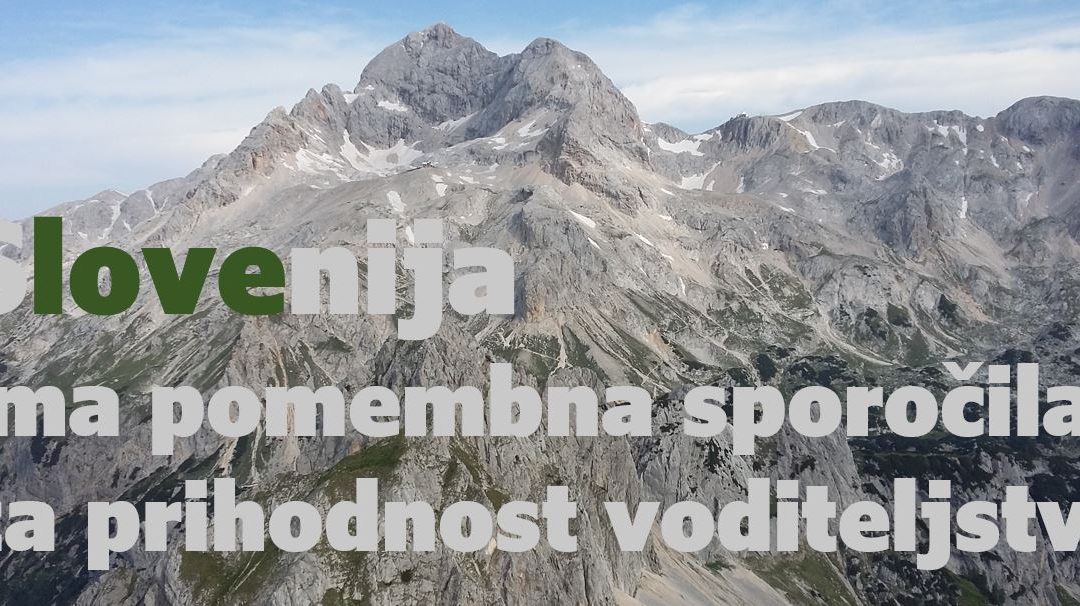 Two years ago, on Friday afternoon, I went to my usual path to the hill, into the woods. This was the day of the inauguration of Donald Trump. Despite the bitter taste of the trummy victories, I was proud that the White House would be the first to speak Slovenian. At the same time, I felt the responsibility to come from Slovenia to the Council also a communication on the different values advocated by Trump. On the way, I was thinking that the trumps of the oath should also be given to another side, collaborative, human, directed at good for all.

It took me so far that I normally had a forest tour shortened and quickly returned to the computer and published the website of The Internet of Leaders. Thus, I have just begun on 20.1.2017 to disseminate information about the leaders ‘ community, aimed at linking those who want to enter human values in the business world and have the power to change business practice.

Donald Trump swore to two holy letters, both held in the hands of Slovenka, Melania Trump. With this, Melania Trump became the second first Lady of the United States, which was not born in America, and at the same time the first, whose native language is not English. That’s why I put the Internet away of Leaders in English because it comes to A community that connects people who are willing to co-create sustainable business practices with rich business language, which includes love, compassion, concern, support and cooperation. I wrote that the first Lady Melania Trump comes from Slovenia, my country, the only one in the world who has Love (Love) in the name. So I decided to take the idea of linking, engaging and co-creating prosperity for all. Business leaders have the power to change the way we operate the business world, we can include human values in our decisions. Let’s support each other in creating new routes. When I published this page, I felt kind of reasconed. I did what I could at that moment.

The idea of getting strong messages from Slovenia on different values, respect, cooperation, inclusion, in me still burning. Also, I have been very keen to integrate into the preparation of the unique experiential conference Of World of Synergy. Together with the enthusiasts group, we designed a top-notch program and attracted inspiring speakers. It was a conference to embark on a plane and fly to any end of the world just to be able to participate in it. And this conference will occur in Slovenia. This year’s 20.1. It is a re-milestone, until this date there are more favorable tickets for early applications to the unique experiential conference Of World of Synergy. You who read my blog, you understand well that this is a breakthrough event. I’m counting on that, we see in the fire opening in Terme Olimia, where we start to tune into synergy.

Find out more or adjust your settings.

This website uses cookies so that we can provide you with the best user experience possible. Cookie information is stored in your browser and performs functions such as recognising you when you return to our website and helping our team to understand which sections of the website you find most interesting and useful.

Strictly Necessary Cookie should be enabled at all times so that we can save your preferences for cookie settings.

If you disable this cookie, we will not be able to save your preferences. This means that every time you visit this website you will need to enable or disable cookies again.

This website uses Google Analytics to collect anonymous information such as the number of visitors to the site, and the most popular pages.

Please enable Strictly Necessary Cookies first so that we can save your preferences!

Please enable Strictly Necessary Cookies first so that we can save your preferences!